Wear your colours and bring your flags to the People's Parade

West Aussies have the chance to experience a Grand Final Parade on Friday 24 September thanks to the City of Perth’s People’s Parade.

Fans are encouraged to meet on either side of the Murray Street Mall from 1pm for a 1.30pm start.

If you’re a Bulldogs supporter, you’re encouraged to head down to the western end of the mall on the corner of William Street where you will march alongside the City of Perth Band playing their theme song – Sons of the West.

If you’re a Demons fan, meet at the eastern end of the mall on the corner of Barrack Street where you will march alongside the City of Canning Band playing the Melbourne theme song - It’s a Grand Old Flag.

Fans will come together in Footy Place (Forrest Place) where they will be greeted by the City of Perth Lord Mayor Basil Zempilas and retired local AFL heroes Shane Woewodin (Melbourne) and Danny Southern (Bulldogs) who will analyse Saturday’s big game.

“We want to see everyone make their way down from the AFL Grand Final Open Training session at Optus Stadium to the People’s Parade,” Lord Mayor Basil Zempilas said.

“Wear your colours, bring your flags, jump on the train and head in for the parade and then stay on for dinner at the Twilight Hawkers Market and soak up the Grand Final atmosphere.”

Entertainment will be playing on the main stage at Footy Place in the lead up to the People’s Parade, including appearances from footy legends Harry Taylor (Geelong), Jaegar O'Meara (Hawthorn), Brad Sheppard (WCE), Mitch Duncan (Geelong) from 11.30am. St George’s College will entertain the crowd until the People’s Parade enters the precinct.

Footy Place
Every day until 24 September | 11.30am to 1pm | Forrest Place | Free
Head down to ‘Footy Place’ to see the area adorned in Demon’s and Bulldogs colours. Get a glimpse of AFL legends, players and team mascots. There’ll be music and roving performances, including panel interviews, Q and As and photo opportunities.

Twilight Hawkers Market
24 and 25 September | 4.30 to 9.30pm | Forrest Place | Free
In the spirit of footy, the City’s iconic Twilight Hawkers Market will open early for the Grand Final on Friday and Saturday nights. The markets make the perfect pitstop for a bite to eat post game or during the halftime break, featuring cuisine from all around the world.  The AFL Grand Final will also be broadcast on screen on Saturday with pre-game music from West Australian Music (WAM) performers.

Northbridge Live Site
25 September | 4pm to late | Northbridge Piazza, corner James Street and Lake Street | Free
In the heart of Northbridge, Northbridge Piazza will become an official Toyota AFL Grand Final Live Site hosted by the City of Perth. Adding to the vibrancy will be an array of crowd commanding roving performers who will entertain alfresco diners, city visitors and those enjoying the atmosphere along James and Lake Streets well into the night. 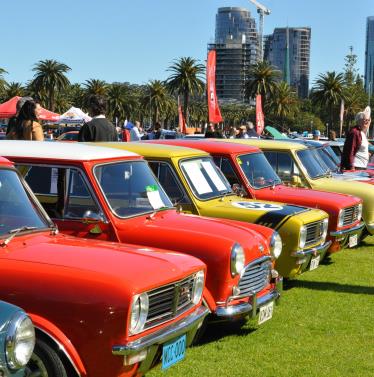 Arts a priority in the City of Perth