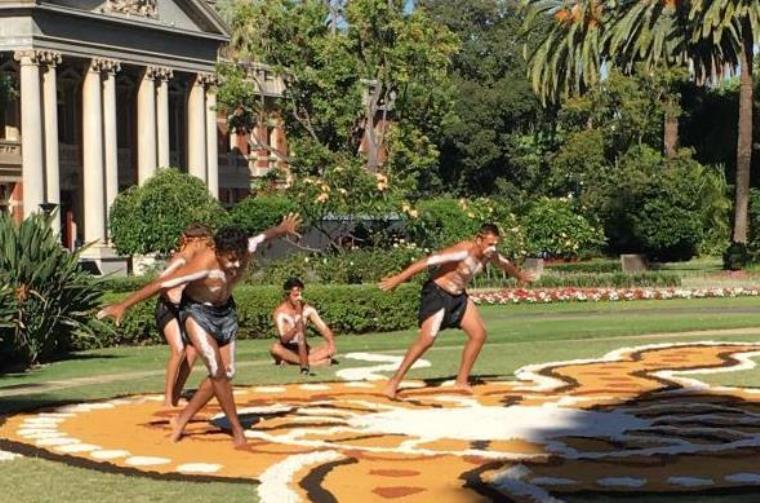 Reconciliation WA, City of Perth and Auspire have recently established an alliance to ensure respect and acknowledgement of the past plays a vital role in Australia Day activities and initiatives.

To commemorate this alliance, all three organisations will host an Australia Day launch breakfast in Council House Gardens on 23 January.

With more than 200 guests expected, the launch will reflect upon and acknowledge the past as an important part of our journey towards reconciliation.

City of Perth Chair Commissioner Eric Lumsden said Australia Day was a time to reflect on what makes Australia such a great country — the people, land, diversity and the freedom we enjoy.

“The City of Perth celebrates this diversity and welcomes all cultures and abilities as part of our vibrant community,” he said.

“From those who have arrived recently, to those who have been here for thousands of years, we encourage acceptance, inclusion and respect, regardless of our identity or background.”

The launch will host a range of inspirational presenters including Whadjuk Nyoongar leader Walter McGuire, who will perform a Welcome to Country and the Honourable Kim Beazley AC Governor of Western Australia will deliver his Australia Day address.

The achievements and contribution of WA’s 2019 Australian of the Year recipients will be acknowledged as they depart to Canberra for the announcement of the national awards on 25 January.

The event will include a cultural dance by Boorloo Aboriginal Cultural Experience and an Aboriginal collaborative art piece by Jilalga Designs.

WA 2019 Australian of the Year Recipients

Craig Challen
Cave-diver and rescuer
In July 2018, respected cave diver and retired vet Craig Challen was about to go on a caving holiday in the Nullarbor Plains, when he was called to help on a rescue mission in Thailand. Craig was part of the international team that successfully rescued 12 boys and their coach from a flooded cave in Chiang Rai, Thailand.
Craig, who has dived some of Australia’s deepest wrecks and has set depth records in diving, was chosen for the mission based on his technical expertise. Working 10 to 12 hours a day in extremely dangerous conditions, Craig repeatedly risked his life as the children were swum, one-by-one, through the dark and narrow flooded caves.
Despite admitting he initially thought the rescue would be too difficult to accomplish, he played a leading role in this successful and heroic mission. Dr Challen was awarded the Star of Courage for his unwavering and selfless bravery following the successful rescue of the trapped soccer team.

Frank Mallard
Elder, ex-serviceman and volunteer
Ex-serviceman and Yamatji elder, Frank Mallard, is a proud ambassador and advocate for the contribution of Aboriginal and Torres Strait Islander servicemen and women.
Part of the Stolen Generation, Frank served in the Australian army from 1962 to 1985, and in the Army Reserves from 1986 to 1999. He saw active duty in Borneo and Vietnam – but on returning home, like other Aboriginal soldiers, was rejected by the RSL. This spurred him to promote the military service of Aboriginal and Torres Strait Islander people within Veterans’ Affairs and the broader community.
Today, despite PTSD and Parkinson’s disease, Frank is Media Officer at Ellenbrook RSL and a dedicated veterans’ issues volunteer. He is the Chairperson of Voice of the Voiceless Ministry that helps people with addiction, mental illness and social issues.
In 2015, he received a Republic of Vietnam Cross of Gallantry with Palm Unit Citation as a member of the 1RAR Group, and was City of Swan Citizen and Senior Citizen of the Year in 2018.

Noelle Martin, 24
Feminist, activist and law reformist
At the age of 18, Noelle Martin, now aged 24, discovered that sexual predators had stolen images of her from social media, editing them onto pornographic images and videos, adding her name and details of where she lived. The feminist, law graduate and activist has courageously taken action, helping provide avenues for justice for victims of image-based sexual abuse.
Despite the abuse escalating after she shared her experience publicly and being told that nothing could be done about the images, Noelle continued to speak out. Her actions were a major factor in new laws being introduced and passed in New South Wales in 2017, in 2018 at the Commonwealth level and in Western Australia, making it a criminal offence to distribute non-consensual intimate images.
An inspiring and courageous speaker and expert on image-based sexual abuse, Noelle regularly speaks to the media, and travels the country as a TEDx speaker, educating people on the harmful impacts of this type of abuse.

Professor Cheryl Kickett-Tucker
Community inclusion advocate and Founder of Kaat, Koort & Hoops
Wadjuk traditional custodian, Curtin University Professor, children’s author and mother-of-three, Cheryl Kickett-Tucker, is passionate about helping children build their confidence and improve their social, physical and emotional wellbeing – through sport.
In 2015, the ex-state and Women’s National Basketball League player launched the basketball lifestyle program Kaat, Koort and Hoops. Translating as head, heart and hoops, the after-school basketball lifestyle program aims to build sporting confidence – providing a boost to participants’ self-esteem. By 2018, 250 children had participated in the program.
A highly accomplished woman committed to social development, Cheryl completed a PhD in 2000 at Edith Cowan University, exploring urban Aboriginal children’s self-identity and self-esteem in the school sporting setting.
She is a voluntary member of not-for-profit Koya Aboriginal Corporation, an Aboriginal-controlled and owned organisation, which provides services including training, employment, professional development and cultural security audits. In 2014, she founded Pindi Pty Ltd Centre for Research Excellence in Aboriginal Wellbeing in 2014, where she is executive director.